Another vlog! I chat about Coreene Callahan’s Fury Of Fire and Lucy March’s A Little Night Magic   I feel a little bit like a 1950s housewife in this dress… or on an episode of I Love Lucy <g> Also, I’ve decided for my next vlog I need to make sure I’m wearing my contacts. I touched my glasses more times than I want to count :p But for the most part I liked my rambling review so I left it, DO NOT make it into a drinking game! (And I’m tired, I stayed up late last night finishing Fury Of Fire)  Enjoy.

Yay! It’s Tuesday again… Funny how that happens every week :p This is the day when a LOT of new books get put on the shelves and I don’t want you to miss something. Please click HERE to see the entire release list of over 130 fiction titles for today.

Here are a few that caught my eye…

No Tan Lines by Kate Angell

When Passion Lies by J.K. Beck

Hot For Fireman by Jennifer Bernard

Charmed By His Love by Janet Chapman

Darkness Becomes Her by Jaime Rush

Tangle Of Need by Nalini Singh

Once again, if you have a release that needs to be added to the lists please contact me 🙂

Here are a few that caught my eye… 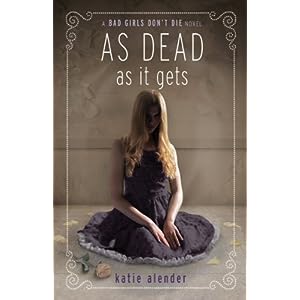 As Dead As It Gets by Katie Alender

The Bone House by Stephen Lawhead

The Columbus Affair by Steve Berry

The Skin Map by Stephen Lawhead