Yay! Gwen Jones is back! She just celebrate a book birthday with the release of The Laws Of Attraction, 3rd book in her French Kiss series! Let’s eat a cupcake in celebration and enjoy her guest post about bad boys. 😉

Oh! Then add her books to your TBR pile if you want more from Gwen and her bad boys too. 😀 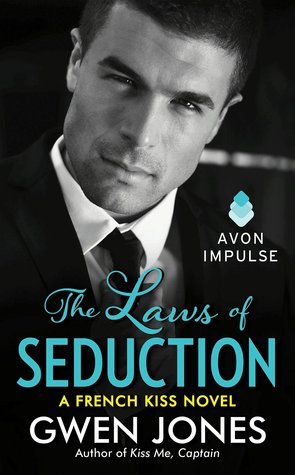 The Laws Of Seduction

When Rex Renaud, the COO of Mercier Shipping, is arrested for a crime he didn’t commit, he knows he’ll need a miracle to clear his name … and sassy lawyer Charlotte Andreko is the perfect woman for the job. Charlotte has built her career defending pro bono clients against womanizers like Rex Renaud, and she’d much rather let him sweat it out in a jail cell than defend him in court. Yet Rex swears he’s been set up, and when he offers her a shocking sum of money in exchange for her legal counsel, the financial security is too tempting to resist. The court dubs Rex a serious flight risk—how many people have their own jet?—and he’s released on one condition: Charlotte’s his new jailer, and he’s stuck with her until his arraignment. But when a bomb threat sends Rex and Charlotte on the run, neither is prepared for the explosive chemistry and red-hot passion that flare between them as they hunt for the truth about his arrest.

We’ve all read about them. Those incorrigible, gorgeous rakes who don’t give a damn about stealing your company, raiding your trust fund, double-crossing the best friend or breaking your heart. He’s the one with the best lines even though they slice to the quick, telegraphed from a mouth crooking sardonic and eyes that flash and burn. He’s always the snappiest dresser with the shiniest shoes and the most expensive jewelry, more often bought with your line of credit. If he gets in a fight he wins without mussing a hair, and that slight nick high on his cheekbone only makes him more dashing. His voice is smooth as silk and it rumbles through you like an electric charge, as he’s talking you out of your clothes and everything in your wallet. He’s on everyone’s A List, is invited to all the best parties, frequents the finest restaurants and clubs, and is only seen with the most beautiful woman. He has the tightest abs and the broadest shoulders, is tall and lean and impossibly gorgeous. He’s the consummate lover but he’ll never fall in love, yet he’s what every woman wants and what every man wants to be. In film he’s Gordon Gekko the ruthless arbitrageur of Wall Street, in romance, he’s the pitiless rake, Sebastian, Lord St. Vincent, in Lisa Kleypas’ wonderful novel, The Devil In Winter. And for all their cunningly manipulative ways, we are unabashedly drawn to them like magnets to metal filings. We worship them, adore them, envy them, lust after them. Only to be cut down and debased and betrayed over and over again. So why in the world are we continually drawn to this bad, bad boys?

Because oh…how we love to see them fall!

And when they do, it’s usually spectacular, a crash and burn of epic proportions. But then we get to witness the most marvelous thing– their redemption–and what a fascinating thing that is, watching these fascinating creatures evolve, scrabbling their way back to the top–and to us. It’s a precipitous climb, full of switchbacks and reversals, but when they finally learn their lesson, we get to wallow in their devotion, their bad, bad ways making them oh-so-good exactly where we need them.

Romance writing is all about the resolution of conflict between two protagonists so love can bloom, and there’s nothing like a rake whose odds are so out of favor, it almost seems impossible he’ll ever end up redeemed. But it also  makes the most compelling reading. Give me a good old bad boy any day, as they’re the most challenging and certainly the most fun. Because as everyone knows, that’s all we girls really wanna have anyway. 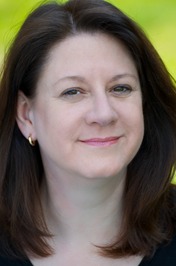 Gwen Jones is a mentor and instructor in Western Connecticut State University’s Master in Creative and Professional Writing program, and an Assistant Professor of English at Mercer County College, in West Windsor, NJ. Her work has appeared in Writer’s Digest, The Kelsey Review, and The Connecticut River Review, and she is the author of the HarperCollins Avon FRENCH KISS series, Wanted: Wife, Kiss Me, Captain, and The Laws of Seduction. A writer of women’s fiction and romance, she lives with her husband, Frank, near Trenton, New Jersey.

See all her titles