*squee!* This is fun! We get little character bios for Sydney Somers book Busted! It’s the 3rd book in the Promise Harbor Wedding series from Samhain. Jackson Knight and Hayley Stone meet the readers, readers meet Jackson and Hayley! *points down* Then get to know them better by visiting Promise Harbor and picking up Busted. It just came out on April 16th. 😀 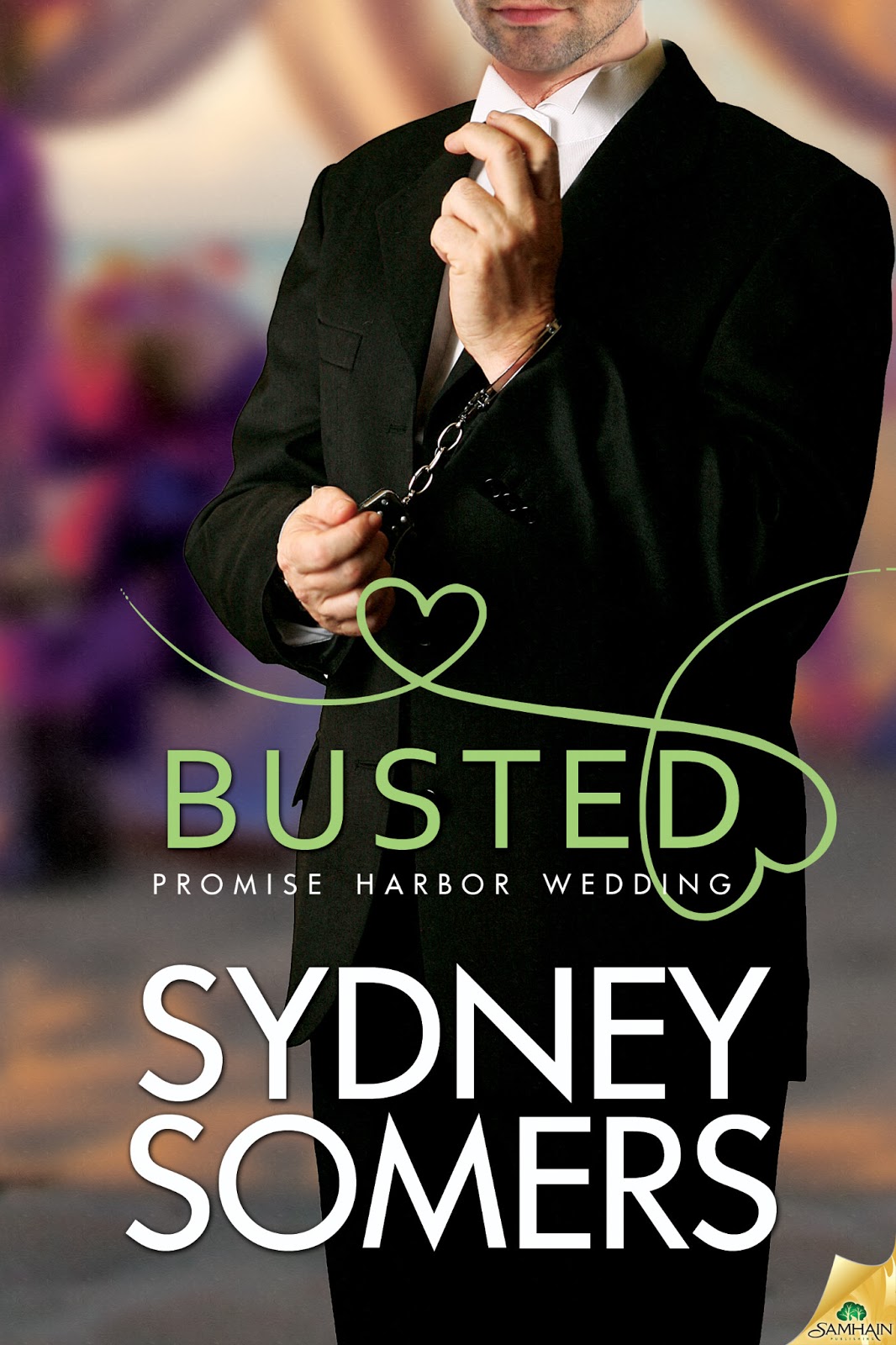 His game… her rules.

Hockey star Jackson Knight has a hundred reasons not to return to Promise Harbor, but none of them are good enough to get him out of attending his best friend’s wedding. Even with a career-ending knee injury, every puck-bunny in town will be gunning for him.

Worse, getting a pair of cuffs slapped on him at the bachelor party could ruin any chance of getting back in the game, even as a coach. Unless he can convince the arresting officer to smooth things over—by going to the wedding as his date.

Hayley Stone figures posing as Jackson’s girlfriend is the least she can do to salvage his reputation. Plus, having a man with a toe-curling smile on her arm will keep her ex off her back.

What starts as a simple plan to deflect small-town pot-shots unexpectedly becomes a sizzling night that hits Jackson like a full-body-check to the heart. Now he’s determined to prove that she’s the best of reason of all to come home—for good.

Warning: Contains a fiery powerplay both on and off the ice, skin-tingling forced intimacy, interfering grandparents, bear costume hijinks, a haunted house and the kind of game-changing chemistry worth fighting for.

♥ Buy this ebook from: Amazon | Barnes & Noble* | Samhain
* will be updated as soon as available

Age: 30
Hair: Blonde
Eyes: Gray
Occupation: Police Detective
Favorite Place in PH: Grandfather’s house on the lake
Known For: Her trouble-making teenage years with Gavin Montgomery, which may or may not have included the high school mascot costume
Significant Other: Jackson Knight
Role in Wedding: Guest A born and raised Maritimer, Sydney Somers fell in love with writing when she finished her first story, Jenny and the Glowing Green Mittens. After attempting her first book in high school, she set writing aside to focus on school. While getting her degrees in psychology and education, Sydney tried her hand at journalism between part time jobs before finally returning to her love of writing.

Twenty-five novels and novellas later, Sydney is thrilled to spend her days slaying demons, running with shape-shifter packs and making the people in her head fall wildly in love. When she’s not writing or curled up with a good book, Sydney can be found chasing after her herd of kids, talking her way into a gourmet meal, exterminating rogue dust bunnies or joking about the pending zombie apocalypse. She loves hearing from readers and invites them to contact her anytime.

3 Replies to “Meet the Heroine and Hero of Sydney Somers’ Busted + Contest!”