Alana Cash’s novel How You Leave Texas caught my eye and it looks like it has the whimsy I like in my fiction.

Check out the excerpt (see? whimsy! bwahahaha Red Hair there?! ) and make sure you enter the contest. 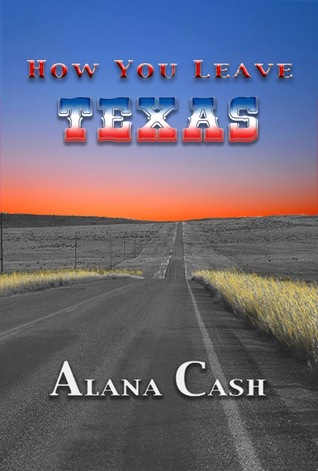 How You Leave Texas

How You Leave Texas is a volume of three short stories and a novella about four young women who leave Midland, Austin, Fort Worth and Mayville, Texas for New York, California, Jakarta, and in one instance, jail.  They seek escape from boredom and sorrow and find it.  The stories are hilarious, tragic, revelatory.

HOW YOU LEAVE TEXAS is a volume of four unique stories about four young women who leave Midland, Austin, Fort Worth and Mayville, Texas for New York, California, Jakarta, and in one instance, jail. These young women seek escape from boredom and sorrow and find it. Told with humor and pathos, here are the synopses:

“In sixth grade, I abandoned the reading glasses for a blond wig and a fake mole above my top lip. Mickey started wearing sunglasses indoors and carrying business cards.”
—–
CAMILLE’S NET WORTH – on her 40th birthday, Camille’s life falls apart in uncontrolled demolition. Life improves when she gets a job creating art paper and returns to painting. But the plot twists and she ends up in jail, laughing.

“I’m not going to spend much time repeating myself,” Camille said, “I want you to remove whatever you want to keep from this house. You can store your stuff in a rental truck if you need to until you find a new home, but you will be gone from here by midnight and never return.”
“You can’t do that!”
“If you are not gone by midnight, I will set fire to the house.”
——
KRYSTAL’S WEDDING – Heading for New York, Krystal leaves behind her shoddy family in Midland, Texas. Ill-prepared for the culture shock and expense, she takes a few slippery steps before she finds true independence.

“Krystal’s family wasn’t an American success story. Mom felt like life had cheated her since Daddy never made any real money and spent most nights getting drunk at the Welcome Inn. Erin never finished beauty school and worked at a donut shop. Bethany worked as a bar-back at the Rusty Nail and was turning out like Daddy. Alcoholic, back-slapping, charming. Eddie Garthwaite, owner of Garthwaite Used Cars located on Interstate 20 between Midland and Odessa. Eddie Garthwaite who currently had his driver’s license suspended because of a DUI.”
—–
FRYING YOUR BURGER – Nicky and her friends spend mornings slinging repartee in a coffee shop. While paying a traffic fine, she meets a director and soon finds herself a pawn for two directors trying to ruin each others careers.

“I went into the room marked Cashier and got into a long line. And there he was. Grinning that grin. He should have had a license for it. It was that bright. I stood next to him in my white t-shirt and white pants looking like someone straight out of the ‘hospital orderly fashion catalogue.’ It was all I had clean that day.

♥ Buy this Print book from: Amazon |

How You Leave Texas

from the novella Frying Your Burger:

I picked up the phone and called Mehta.

When he answered I asked, “Do you want to meet me somewhere and hang out for a while?”

“I can’t. I’m in the middle of tinting the hair under my arms.”

“That guy Zach called and we’ve got a date to meet at his house on Saturday night.”

“Did he mention anything about electric appliances or a collie suit?”

“I can understand your quandary. I wouldn’t want to go either.”

“Just don’t leave anything behind,” he said. “Hold on a minute, the timer just went off.”

He put the phone down and I heard water running in the background. Mehta rinsing his armpits. Then there was silence as he viewed his underarm handiwork in the mirror.

“Now where were we,” he said when he picked up the phone again.

“Cheerful. Now, about the date.”

“My, what a poor attitude. If you don’t have a good time, steal something.”

“Take a little souvenir. An ashtray, a towel, a Ming vase.”

“Anything you particularly want for your apartment?”

“Let me think. I’d like something crystal. You can never have enough crystal.”

“You don’t have any crystal.” 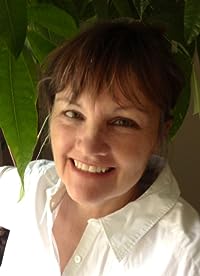 Alana Cash is an adventurer.  She’s trekked alone through war-torn Serbia and has slept in a KGB interrogation room in Prague.  She’s been to a gypsy fair in rural England, a bullfight in Laredo, and parasailing in Acapulco.  She’s been inside the New York Stock Exchange and eaten in J. Pierpont Morgan’s home dining room.  She’s gone on a ride-along in a New York City patrol car and kissed a man inside the Norman Bates Psycho house at Universal Studios.  She’s been a lifeguard, legal secretary, accountant, writer, teacher, filmmaker and artist.

Her experiences are inspiration for her work as an acclaimed writer and filmmaker.

and another prize of a screen printed Brass Nuts t-shirt

How: Leave a comment on the Goddess Fish Tour Stops

Void in whole or in part where prohibited.

3 Replies to “Spotlight on How You Leave Texas + Excerpt + Contest!”