I’ve been fascinated by ballet since I was a little girl… partially because I was such a clutz! But I’ve admired ballerinas for years and am intrigued by Emma Hart’s upcoming novel in The Game series, The Right Moves. The heroine’s background is unusual and I’m very interested to see how she handles Julliard. This book peaked my interest. I want it! Oh! and it’s only 99¢ till April 3rd. (Amazon/ B&N)

(((hugs))) Kat
The Queen of Tarts
PS> The tour contest ends soon! Make sure you enter. 🙂 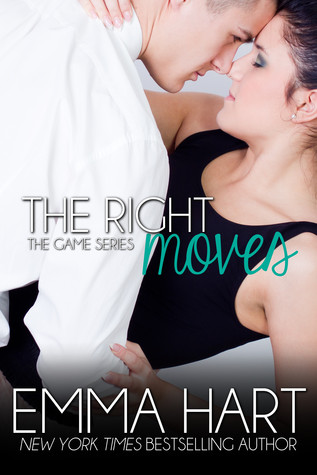 Her past is wrought with demons.

His past is full of heartbreak.

Yet he’s the one person that can remind her what it means to live.

Abbi Jenkins never thought she would leave the walls of the mental institution that’s housed her for the last year. Now she has, but that doesn’t mean she’s forgotten everything Pearce put her through.

She knows there’s only one way to deal with the depression that claws at her mind each day, and ballet becomes more than a hobby, a dream. Ballet – and Julliard – becomes a reason to live. Something to hold on for.

Blake Smith left London for one reason and one reason only. Running from the heartbreak of his past was never something he wanted to do, but with constant reminders everywhere he turned, it became his only option. When he arrives in New York City, he vows he’ll keep the promise he made to his sister and get into Juilliard.

But he doesn’t expect to be paired with Abbi in class, the girl whose eyes show a world of pain he’s seen before. Pain he knows too well. As each hour they spend together pulls them closer, Blake can’t fight his need to save her from herself.

Lines blur as their pasts are wrenched into the open, and they have to ask themselves whether they’re too broken to ever to be fixed, or if they’re the healing the other needs.

Blake grins. “Isn’t that the point of dancing in the rain?”

“It’s getting crazy out there. I’m getting wet even standing here because of the damn windows!” I move into the center of the shelter. “Freakin’ hell.”

“So what’s the problem? Come on.” He holds a hand out, his long fingers begging me to grasp them. I look from his hand to his eyes, his twitching lips, his wet hair dripping down his face.

“Trust me.” He’s not asking me. “Trust me, Abbi. Just two minutes. That’s all you have to do. Just take my hand and dance in the rain with me for two short minutes.”

“Why are you so determined to get me out there? If you want to dance, we can do that here.”

He steps back under the shelter and takes my hovering hand. He’s wet but heat radiates off him and wraps around me. Our faces are inches apart as I look up at him and he down at me.

I breathe in sharply and try to ignore the way his grip on my hand tightens. “I don’t … I don’t know if I can let myself,” I whisper.

“Sure you can. You just admitted you don’t have to pretend with me. And you don’t.” Blake takes my other hand and slowly pulls me forward. “All you have to do is close your eyes. I promise you, you won’t get lost alone.” 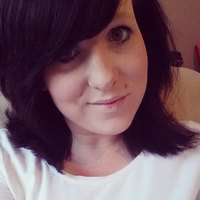 By day, New York Times and USA Today bestselling New Adult author Emma Hart dons a cape and calls herself Super Mum to a terrible two year old and growing bump, due September 2013. By night, she drops the cape, pours a glass of juice and writes books.
She likes to write about magic, kisses and whatever else she can fit into the story. Sarcastic, witty characters are a must. As are hot guys. Emma is currently working too many books to even count – including Playing for Keeps, the companion book to the New York Times and USA Today bestselling novel, The Love Game. She likes to be busy – unless busy involves doing the dishes, but that seems to when all the ideas come to life.

7 Replies to “Book Blitz for The Right Moves by Emma Hart + Excerpt + Contest!”