I absolutely positively LOVE fairy tales! Cameron Jace’s new fairy tale fantasy Cinderella Dressed In Ashes is out August 16th. *Kermit flail* Loki! Cinderella! Snow White… 😉 I’m so there. Plus… well, have you seen his book covers? *swoon* I am a fan. I’d frame them. Gorgeous!
(((hugs))) Kat
The Queen of Tarts 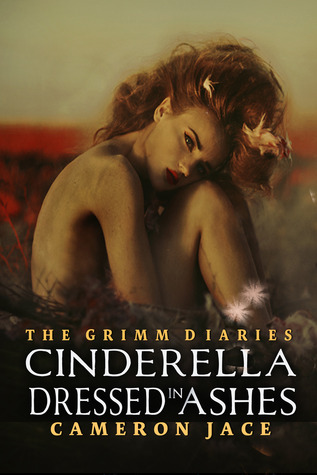 Loki is controlled by the Queen through his Dreamhunter’s Fleece, and he’s now Snow White’s enemy. No one’s sure what the Queen of Sorrow wants to do next, and what her plans with Sorrow are.
In another Dreamory, they learn who Cinderella really is, where she came from, her relationship with Snow, and what historical period she’d affected with what she calls the Forbidden Art.The Second installment of the Grimm Diaries.
This Diary continues the adventure, from Snow White’s POV.

♥ Buy this ebook from : Amazon* | Barnes & Noble*
*Will be updated as soon as available

from a chapter called : A World Between Dreams

Snow White opened her eyes to the bluest morning skies, bespattered with millions of tiny cloudy patches like snowflakes on a blue veil waving over the world. The sun appeared, slowly wiping the sky clean of the imaginary snowflakes. Weaves of the first threads of an upcoming rainbow curved all over the horizon, and the birds welcomed the morning with their songs as the sun kissed her face.

Her closed eyes twitched against the sun’s warmth—she’d expected to be sent straight to hellish nightmares. Slowly, her eyelids opened up like a flower trusting the light, and her pupils made peace with the flare. She breathed easier and felt the warmth of the day gently piercing through her and reaching behind her eyes.

Snow White felt as if she lay in a bed with a cushiony, slightly bumpy mattress. How was it possible she was in bed and could see the sun and the sky? How could she smell the flowers of endless fields surrounding her, and how were butterflies fluttering over her head as she lay down?

A butterfly with orange wings touched her nose briefly.

Snow White propped herself up on her arms and inhaled the image through her eyes as if they were fabulous words from a fascinating poem.

What a beautiful dream. My dream. Or is it that I am dead and went to Heaven?

Finally, she discovered she was actually sleeping in a bed made of willows in the middle of the meadows away form the Schloss. Puckers of purple poppy blossoms were scattered like brocade, lightly tossed in heaps along the green distance leading to a river before a set of hills. Rills of water ran in curvy waves through the field, feeding the river in the distance, with dandelions dancing on both sides. The sun slanted through the gaps between thick trees of the forest to her left and splayed over the field, meeting with the sunrays from above. It made her feel like sitting in a bubble of pure light.

Snow White took a deep breath, inhaling the scent of the lovely scenery into her soul. The world was so beautiful around her she wished this wasn’t just a dream because she wanted to stay here forever. Usually, forever wasn’t associated with dreams.

“Shew!” someone waved at her in the distance. Wonderlander, Neverlander, Unicorn-chaser, enchanter, musician, survived a coma, & totally awesome. Sometimes I tell stories. Always luv the little monsters I write young adult paranormal romance, urban fantasy, and science fiction mostly. The Grimm Diaries series is a seven book saga that deals with retellings of fairy tales from a young adult POV – it connects most of the fairy tales together and claims to be the truth about fairy tales. I live in San Fransisco and seriously think circles are way cooler than triangles.

What: Cameron is giving away lotsa books and one necklace to lucky winners!