A Cover Reveal A COVER REVEAL! I love seeing book covers. 🙂 I keep my eye out for zombie books now because my girl, La Revenant, devours them. 😉 I’ll read them if they are more romanc-y than horror and L.M. Justas‘ series intrigues me. Take a look at her upcoming novel Darkness Reigns. I love the girl’s eyes and I’m curious about the cabin and the zombie/vampire threat. hmmmm (((hugs))) Kat The Queen of Tarts

New York City is a wasteland. More than eight million people are dead or worse…infected. After their failed attempt to stop the spread of a virus that turns people into zombie-like, human-vampire hybrids, Reed Hennessy and his ragtag crew are scrambling to stay alive. To make matters worse, the human authorities are close to proving the existence of vampires and blaming them for the disaster in New York. Their storm of trouble is already spinning out of control when an old enemy reappears to issue a challenge–an ultimatum that will mean certain death for at least one member of Reed’s group. With their mountain of problems growing exponentially and a host of enemies closing in, they flee for their lives, desperate for a miracle. Will they survive and avoid the world’s scrutiny, or will darkness prevail? 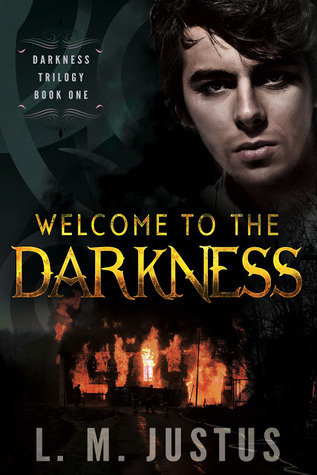 Lisa Justus’ path to becoming an author took a circuitous route through the University of Waterloo where she earned a Bachelor of Mathematics, followed by jobs in quality assurance and technical writing at a high-tech company. With a keen interest in creative fiction, she wrote her first fantasy novel as part of NaNoWriMo as well as an early chapter book for her kids when they were younger. Welcome to the Darkness and Darkness Reigns are the first two books of the Darkness Trilogy, a YA paranormal fantasy. These days Lisa is busy writing her next novel, reading, finishing her basement, doing volunteer work, and trying to stay in shape by running somewhat regularly. She, her husband, and their three children live in Ottawa, Ontario.

One Reply to “Cover Reveal for Darkness Reigns”