I have enjoyed The Insatiable Reads Book Tour this month and meeting new to me indie authors during this tour and I hope you’ve had fun too. 🙂
Last, but not least! and wrapping up the final day of the tour is today’s guest Laina Madrid! Her debut romance A Bride For A Billionaire is out August 1st!

Life sometimes hands us dilemmas we’d rather not face, decisions  we’d rather not make. We can avoid them for a while, sometimes, but sooner or later we have to choose — and every choice has its consequences.

In my novel A Bride for the Billionaire, Kiley has started a new life after choosing photography over her family’s tradition of the legal profession. They reject her decision, but she’s sure it’s the right one for her–until she meets David.

Her attraction to him throws her life into turmoil and draws her back toward a world she thought she’d left for good. The longer she’s around him, the more it seems Kiley has to make an impossible choice between sacrificing her dreams … or walking away from the man who’s captured her heart. And that’s before things get really complicated!

Have you ever faced an impossible choice? What did you do? A Bride for the Billionaire will be on sale soon at your favorite e-book retailers. Thanks for reading! 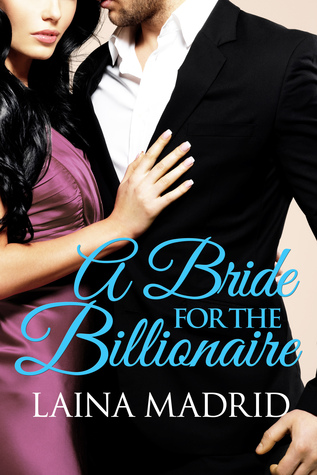 A Bride For A Billionaire

Kiley Quinn has defied her family and forfeited her inheritance, following her heart to become a photographer. In the small town of Cedarville, she’s building a life for herself far from the big city and its relentless pursuit of wealth and prestige.

A chance encounter with self-made billionaire David Russo disrupts her careful plans. Kiley can’t deny her attraction, but their lives are on different paths, and she’s not about to become a rich man’s plaything. She doesn’t realize that the same determination that drove David’s business success is now focused on making her part of his life.

When he maneuvers her into a marriage of convenience, a furious Kiley vows he’ll never claim her heart. But David is captivated by his reluctant bride, and he won’t rest until she surrenders to him in every way.

This contemporary romance is recommended for readers over 17 because of some explicit content.

*Will be updated as buy links are available 😀

What: Insatiable Reads giveaway, where you can win a Kindle Fire HD,

loads of Amazon gift cards, all the IR books as ebooks AND in print!
How: To Enter use the rafflecopter
Contest open Now-July 29 2013)

Prizes provided by the authors of Insatiable Reads!