I have it open on my ereader right now and I’m looking forward to my break so I can keep reading. 🙂 Check it out and enjoy her guest post on nice guys… I agree with Tiffany. 😉

PS. Make sure you enter her contest!

There are so many different types of heroes in books. Truly heroic types who fight dragons and quieter heroes who fight internal demons. Obviously tough guys and heroes who are introspective. In romance novels, heroes tend to be strong, brave, and sexy to boot.

I like to think that Charles from Don’t Blackmail the Vampire meets all of these standard romance hero requirements. The fact that he’s a vampire gives him an easy A in the strength department. He’s definitely not willing to back down when someone he cares about is threatened. The heroine describes him as a male “Helen of Troy” so I’d say he’s got the looks down, too. But he’s also something I don’t see in all romance heroes (it’s definitely not the first word that comes to mind for many of the heroes in the books I’ve written)—he’s nice.

(And he could charm the pants off most people.)

Yep, a kind vampire who is a pretty good guy overall. Sure, he’s not perfect. In fact, he’s spent decades as a playboy, careful never to get too close to anyone other than his vampire family. He likes to tease Rachel, the human woman who has blackmailed him into helping her to get her sister out of a terrible relationship, but he also wants to help her. Because she’s trying to do right by someone she loves.

He also wants to kiss her into oblivion, but that’s beside the point. 😉

So to answer my own question—gosh, I hope not.  What do you guys think? 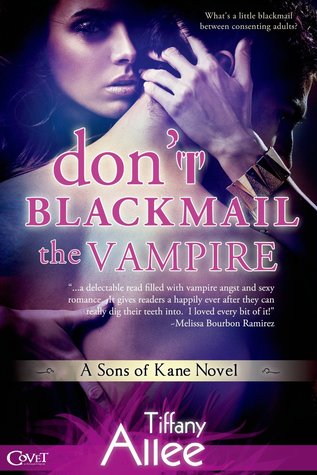 Rachel Davis will do anything to get her sister out of a bad relationship with her fiancé. Even if it involves a few fibs, a little breaking-and-entering, and blackmailing the fiancé’s potential boss, Charles, for his help. So what if the handsome Charles happens to be a vampire?

Charles Wright has found the perfect way to trap the man threatening his brother’s wife: cozy up to him, get invited along on the skiing trip, and then search for incriminating evidence. How much better that audacious but gorgeous Rachel is just as eager to nail the bastard. As far as he’s concerned, there’s nothing wrong with a little blackmail between two consenting adults. Especially when it’s time for Rachel to pay up 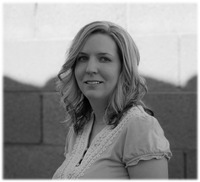 CPA-turned-romance-author Tiffany Allee used to battle spreadsheets in Corporate America, and now concentrates on her characters’ battles to find love. Raised in small-town Colorado, Tiffany currently lives in Phoenix, AZ, by way of Chicago and Denver. She is happily married to a secret romantic who tolerates her crazy mutterings.

She writes about ass-kicking heroines and the strong heroes who love them. Her work includes the suspense-driven From the Files of the Otherworlder Enforcement Agency series which revolves around a group of paranormal cops solving crimes and finding love, and Don’t Bite the Bridesmaid, a lighthearted paranormal romance (Entangled Publishing)