I am thrilled to be part TRSOR blitz of Jen Frederick’s cover reveal for Unraveled! It’s the third novel in her Woodlands series and it looks yummy… I also love the fact that though it’s part of a series the books are standalone so I can just jump right it. If it peaks your curiosity too add Unraveled to your TBR pile like me. 🙂

PS. Oh! Oh! Make sure you enter the contest too. *points down*

Twenty-five-year-old Sgt. Gray Phillips is at a crossroads in his life: stay in the Marine Corps or get out and learn to be a civilian? He’s got forty-five days of leave to make up his mind but the people in his life aren’t making the decision any easier.  His dad wants him to get out; his grandfather wants him to stay in. And his growing feelings for Sam Anderson are wreaking havoc with his heart…and his mind.  He believes relationships get ruined when a Marine goes on deployment.  So now he’s got an even harder decision to make: take a chance on Sam or leave love behind and give his all to the Marines.

Twenty-two year old Samantha Anderson lost her husband to an IED in Afghanistan just two months after their vows. Two years later, Sam is full of regrets—that she didn’t move with her husband to Alaska; that she allowed her friends to drift away; that she hasn’t taken many chances in life. Now, she’s met Gray and taking a risk on this Marine could be her one opportunity to feel alive and in love again. But how can she risk her heart on another military man who could share the same tragic fate as her husband?

Note: Although these books are part of a series, they do not need to be read in order 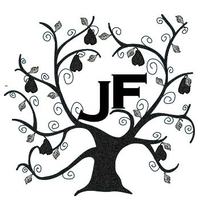 Jen Frederick lives with her husband, child, and one rambunctious dog.  She’s been reading stories all her life but never imagined writing one of her own. Jen loves to hear from readers so drop her a line at jen@jenfrederick.com.

Unspoken and Undeclared with the three sets of dog tags for Noah, Bo, and Gray.