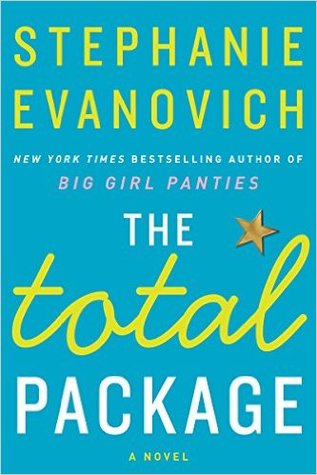 Ok…. honestly? The Evanovich part of Stephanie’s name caught my attention first. (I like Janet Evanovich lol) But Stephanie Evanovich has her own voice and her writing sucked me into her storytelling. I was planning on reading a bit then going to bed-but I looked up on the final page and realized it was 1am!

The Total Package is a story of second chances. Second chances at fulfilling dreams and second chances at romance. Tyson has a promising football career but nearly loses it all with an addiction to painkillers and an abundance of poor choices. Dani adored him but her timing could have been better when she took him up on his flirting. Their one night stand was just before he hit rock bottom.

I was rooting for Tyson and enjoyed seeing him fight for his future and get his life back on track. I admit, I crushed on him. 😉 The secondary characters who are influential in Tyson finding his way back made me look at Stephanie’s other books and add them to my “read asap” list!

And Dani? I loved that she bounced back from the repercussions of acting on her crush for Tyson. She made a good home and followed her dream of getting into sports broadcasting. And then their paths cross again. I was hoping (like Dani) that Tyson would remember her and swoon at her feet! But life’s rarely that easy. I was kept flipping pages until late into the night rooting for Dani and Tyson to realize what a good team they’d make.

♥ “You’re a hard sell, Dani Carr. And I would never question your principles. But if you think I don’t see you watching me, you’re dead wrong. Maybe you’d like to discuss my shortcomings over dinner?’

♥ “You know what else I want?” Tyson asked her.

This story was at times sad, sweet and ultimately a beautiful story of second chances. I.m hooked and I’ll definitely be on the lookout for more Stephanie Evanovich! Until then I’m adding her backlist to my TBR pile. 😀

The New York Times bestselling author of Big Girl Panties and The Sweet Spot is back with a funny, sweet, and sizzling novel about the game of love, in which a hot quarterback must figure out how to score big with a beautiful and talented media analyst after a heartbreaking fumble.

Star quarterback, first-round draft-pick, and heartthrob Tyson Palmer has made a name for himself with his spectacular moves. When the head coach of the Austin Mavericks refuses to let him waste his million-dollar arm, Tyson makes a Hail Mary pass at redemption and succeeds with everyone . . . except Dani, whose negative comments about his performance draw high ratings and spectacular notices of her own.

Dani can’t forgive Tyson’s transgressions or forget the sizzling history the two of them shared in college, a passionate love Tyson casually threw away. And even more infuriating, he doesn’t realize that the bombshell with huge ratings is the cute girl whose heart he once broke.

But can a woman trying to claw her way to the top and a quarterback who knows all about rock bottom make it to the Super Bowl without destroying each other? And what will happen when Tyson—riding high now that he’s revived his career—realizes he needs to make an even more important comeback with Dani? Can he make some spectacular moves to get past her defenses—or will she sideline him for good?

Contest just for The Book Tart!

Harper Collins was awesome and gave me a few hardbacks to giveaway!
*Kermit flail*

2 winners will receive a hardcover copy of
The Total Package!

Who: open to international entries

6 Replies to “The Queen of Tarts review of Stephanie Evanovich’s The Total Package + Contest!”