Seducing Phoebe by Nicole Flockton was well… honestly, a different story than I was expecting. I loved it! I knew the book was Phoebe’s romance and that she goes almost “runaway bride” and calls off her wedding. But I was expecting more of a triangle thingie with her ex and her fiance. Instead I got a realistic tale about two guarded, wounded people discovering what they really want and I couldn’t put it down.

The pain and loss Phoebe and Marco have experienced in their lives has left them wary and feeling love is not for them. But they have heat (!!!) and caring on their side and are planning to get married. When a blast from Phoebe’s past shakes her foundations she realizes that she’s been so caught up all the changes going on in her life and around her that she has almost lost herself. She makes the difficult choice to call off the wedding and reevaluate her life. I related to some of her thoughts and fears and was aching for her to believe in love and a love to depend on.

Marco is delicious! I fell hard for him. He is not willing to lose what he has with Phoebe and works hard to convince her they belong together. There are some yummy beach scenes and a shower scene that steamed my glasses up! And some sweet quiet times that made me sigh.

A few of my fav bits…

♥ “I was hoping you’d invite me in for dinner.” The words popped out of his mouth.

“Did you now?” She laughed wryly as she stopped a few feet from him. “What if I was to say all I wanted to do was soak in a warm bath, then curl up on the couch and watch the chick flick I missed out on seeing last night?”

He closed the distance and leaned down to whisper in her ear. Well, I’d suggest that I wash your back and then while you’re still relaxing I’d order Chinese. Once we’ve eaten I curl up on the couch and watch said chick flick with you.”

He chuckled, pulling her back down and fusing their lips in answer to her question. He was making up for lost time. He wanted to show her that together, they were made for each other.

I enjoyed how the author let the characters reveal their emotions, (like licking to the center of a lollipop. 😛 ) Both Marco and Phoebe have to expose their  gooey center and all their hurts to each other and be vulnerable before they can accept love. They have heat a plenty, they just had to share their hearts. I loved the journey. 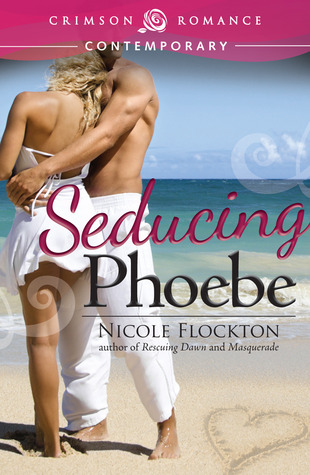 Phoebe Fitzgerald is about to marry a wonderful man—that is until her ex turns up and declares his undying love for her. Confused about her feelings, she calls off her wedding to Marco Petronelli.

Marco knows his offer to wed Phoebe isn’t a love match, but he cares for her and believes the compatibility hey share will be enough to sustain their marriage. He is forced to admit his emotions go far deeper when Phoebe calls off the wedding, and now he will do almost anything to make her realize they are meant for each other.

Can he convince Phoebe that their relationship is worth saving? Or will secrets from both their pasts be too much to overcome?