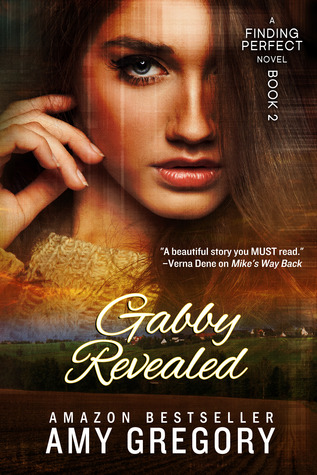 Take a smart-ass book store owner and a sexy literary agent, put them together in a small town and what do you have? One hell of story that’s what! This book had me smiling, crying, pissed off (I hate bullies) and snorting with laughter.  It runs you through the ringer and has you glad that you did.

Gabby, well she’s like a sour patch kid.  Has an exterior that can be tough to get by, but once you do you see the sweet interior.  She’s got a hard, no-nonsense, smart-assy side that the majority of people in Renlend sees but has this softer more loving side too.  There’s also this vulnerable part of her that is still dealing with a hurt from her high school days.

Shane is this sexy, charming, unstoppable force of a man that wants Gabby as his own.  He’s known her for years and has basically come to town to claim her (go He-Man go). He wipes away all her excuses for them not to be together (crazy women), takes on her parents (not winners of the Best Parents of the Year Award) and faces down her bullies in a way that makes you want to jump him (woohoo).

Gabby has this secret (she’s this huge successful author) that Shane’s arrival in town could have it blowing up in her face.  Shane’s loyalty and protectiveness is just what Gabby needed, even if she didn’t know it.  Together Shane and Gabby have this wonderful chemistry that just seemed well natural.  The bantering back and forth between them was sexual charged, hilarious and simply easy (like an old married couple, hehe).

As always the secondary characters in Amy’s stories are absolutely wonderful too.  Dear John (sigh), he reminds me of my grandfather so much and man did I cry.  This is a wonderful second book in the Finding Perfect series and Amy always makes you feel like you lived wherever her story takes you.  She captured my heart with her Racing to Love series and continues to hold it with every book after.

Gabby James didn’t have the idyllic childhood many in her little hometown of Renlend, Kansas had. High school was a living hell, but when she graduated she couldn’t bring herself to leave Renlend. The town was her prison, but her family’s bookstore, The Looking Glass, was her one true love. It was the place she could run to, and escape the prying eyes of the ones who taunted her.

Shane Compton was a literary agent in one of the most prestigious publishing houses in New York City. He found no greater rush than finding the next big talent, someone who could take the written word and turn it into an art form. In the span of one rude phone call Shane was drawn into the mystery of just who the fiery new author from Kansas was. When everyone else in the office refused to deal with her, Shane willingly accepted the challenge. There was no logic to the madness, but every time he had contact with her, she drove him wild.

Gabby tried every trick in the book to keep Shane at arm’s length, but he had made good on his promise to come to Kansas. He wanted to pull her out of anonymity, he wanted her in the public eye. Now here he stood, on the sidewalk in front her bookstore, and one look told her he was everything she was afraid he’d be. Too bad she was anything but who he thought she was.

Gabby quickly discovers Shane has more on his mind than just books and with a little help from an ornery matchmaker, he shows her a whole new life through her looking glass.