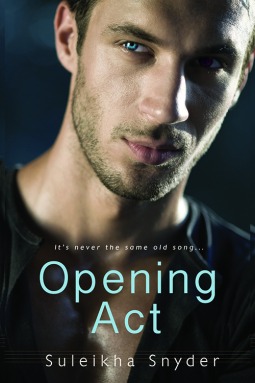 This is a sweet and fun contemporary novella.  Soroj has been in love with Adam for 7 years (since their college days) and he doesn’t have a clue or doesn’t want a clue (typical guy).  This is true until Johnny (friend of both Soroj and Adam) decides to shake things up and goes all sexy kissy guy on Soroj.   The light dawns on Adam! Well sort of. He knows he doesn’t like Johnny kissing Soroj but doesn’t know why (you really want to smack him sometimes).

Adam is a wonderfully sexy guy with a plan for his future.  He’s also deliberately keeping himself clueless about any possible feelings his friend Soroj might have for him or he for her.  He basically puts her on a pedestal in college with a “FRIENDS ONLY” plaque at the bottom and leaves her there.

Saroj was a strong and interesting heroine that did get a wee bit whiny at times.  I understand she’s waited seven years for Adam to notice her but she could have spoken up about her feelings a little earlier or at least tested the waters a bit to see if Adam would come around. Although when she does finally speak up she unloads with both barrels (which was awesome).

Johnny, ah Johnny, I think he’s a bit like the Norse god Loki, sexy, funny, a little tricky but has a good heart.  He’s Adam’s best friend and band-mate and I really really hope he gets his own story.

I truly enjoyed reading this story, it had fun and interesting characters, a good plot and has me wanting to read more from this author.

Reporter Saroj Shah has been in love with bass player and bartender Adam Harper since her first day of college—seven years ago. Forever thinking of her as part-friend and part-little sister, he’s just been too blind, and too clueless, to see it. Until one pivotal moment pulls her into the spotlight.

The moment Saroj steps on stage, Adam sees his friend in a new light. He can’t take his mind off of her and realizes they could make beautiful music together. But seven years is a long time and Saroj is ready to move on. Adam will have to hit the right note if he wants to prove to Saroj he was worth the wait.

Suleikha lives in New York City, finding inspiration in Bollywood films, daytime and primetime soaps, and anything that involves chocolate or bacon.