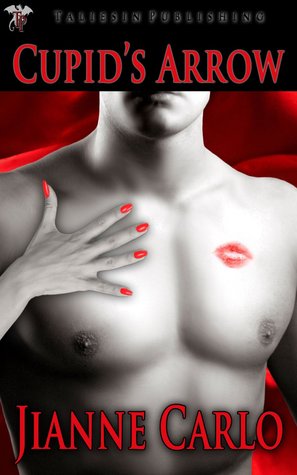 I love a good romance and when you throw in a mystery too, the story is definitely right up my alley.  Cupid’s Arrow shows you the world of animated movies and all itsruthless competition without bogging you down with too much techy stuff.  Funny, fast-paced and with so many twists that kept a girl guessing this book is a definite must read.

From the first page you get to see inside Eli and what he’s thinking/feeling and I love it.  It shows you how this sophisticated, charming, and widely popular gorgeous man is also a slightly insecure bad boy who’s trying to figure out how to fix his massive screw-up.  Stephanie is this great mixture of shy, awkward nerd and beautiful, strong woman all rolled in one.  It was awesome to see that she didn’t fall for Eli right off the get-go and when he screwed up (and he did BIG time) she made him work to gain back her trust.

Eli’s got the world by the short and curlies. Top salesperson for the hippest graphic technology company on the planet, starlets pursue him, directors court him, the rich and powerful befriend him. Then his boss hires the animation talent of the century, a pint-sized nymph, and he’s flabbergasted by his reaction to her.

Stephanie falls in crush with Eli the day they meet. He’s everything she’s not, popular, charismatic, and sexier than any Hollywood hunk. Years of sickness and chemo leaves her uncomfortable with her peers and buff guys like Eli, and when he flirts with every woman except her, jealousy and insecurity make her angry and hostile.

They go toe to toe on every project, and both say things they regret, until finally they hook up with disastrous results. Convinced he ‘nailed’ her because of a dare, Stephanie refuses to have any contact with him afterward, but she still yearns for him.

Stephanie and Eli end up together alone on a PR tour for the company’s first animated release, a movie set to be the next family-oriented blockbuster. The ‘morning after’ the original imprints of Valentine Voodoo disappear, and the primary suspect is Eli.

Has he used her to establish an alibi?