Dead Faint by Lizzie T. Leaf  is the 2nd book in the Dead series. I was a bit of a ditz and didn’t realize that until I was a few pages in *head/desk* But, fortunately for me, this book was easy to get into and I while I still want to read the first book, I was not lost in the adventure of Dead Faint. 🙂

Dead Faint is a fast and furiously fun paranormal romance. The story made me grin and I adored the heroine Billie Joyce, a self confessed hillbilly, with a big heart and very colorful language.  Billie Joyce meets with trouble when she takes a shortcut down a dark alley in New York and asks the angel she sees as she’s dying to help her.  Dovey, her rescuer, saves her by changing her into a vampire and Billie Joyce’s reaction is classic.

“Ya’ll are loonier than a cow after she’s been in the thistle patch. There ain’t no such thing as vampires.”

One HUGE challenge for BJ is that she faints at the site of blood! That’s an amusing issue for a vampire to have and the work around made me laugh . As the story progressed, I found myself admiring Billie Joyce. She is tough and has a core of steel. Her backstory explains a lot and I really wanted a scene where she could share where she was coming from and what she’d overcome with her hero, because her lack of openness frustrated me at times… But her hero, Daniel, admires her without knowing everything about her past. He is drawn to her strength and spirit. She is the only woman in centuries to spark his interest. As  BJ and Daniel explore their mutual fascination with each other and fall in love they have to overcome some big obstacles. I was rooting for them to succeed as a couple.

Some of my fav lines…

♥”He wanted her as his wife… though he had to be slightly insane to want to spend eternity fighting with this mulish vampre…. He loved her in spite of all her little quirks and because of them. All the imperfections made her BJ and unique.”

♥”Dovey thinks you two are crazy about each other, but BJ is too hard-headed to tell you what she needs and you’re too blind to realize you have to woo a woman in this century. The Me Tarzan, You Jane approach doesn’t work.”

I enjoyed the secondary characters’ story line too. Aaron and Dovey (especially!) are very fun and I expect to see more of them in the sequels.  I actually wanted Dead Faint to be longer! It’s only 90-ish pages, and they whipped past and then I was at the end of the book. I plan to continue the series and hope to see all of these characters again. If you enjoy paranormal romance, vampires and humor and you are in the mood for a quick, cute, amusing little escape, pick up Dead Faint and then take comfort in the knowledge that there are 4 stories in the Dead series right now.

Waking up to discover you’re a vampire then fainting at the sight of your number one food source isn’t healthy.

Billie Joyce’s dream visit to New York City turned into a nightmare. Now not only is she one of the living dead, but she has to contend with a know-it-all vampire who wants to tell her how to talk. Not gonna happen! 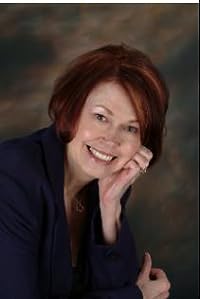 Award winning author, Lizzie T. Leaf started life in Kansas, continued her growing in North Carolina, and currently shivers through the winters in Colorado.  She has numerous e-books in varying lengths and her first print book, Struck by Lightning, won dual 2007 Beacon awards, in addition to being a finalist in two other contests.

In addition, Making Christmas, a Christmas Historical novella set during the Civil War won Love Romances Café Best Historical for 2011 and is a finalist in the Aspen Gold for Best Novella.

Beyond Magic, the first book in the Magical Love series won the 2012 Award of Excellence Best Paranormal/Fantasy/Sy-Fi, and is a finalist for Best Paranormal in the Aspen Gold.  Winners are announced in mid to late October.

Since discovering the fun of writing paranormal, she plays with creating vampires, faeries and other immortals. Her current focus is the DEAD series.  Musa Publishing has re-released the first four novellas in the series and DEAD Hot, a new novella, is scheduled to release in October.  Emerging Magic, the second novel in the Magical Love series will also release in late October or early November with Passion in Print Press.

When not creating mischief for paranormal beings, she can be found exploring the other genres she wants to write.  She also serves as the 2012 President for the Heart of Denver Romance Writers.

Lizzie loves to read, spend time with her family and travel with her best friend husband during her free time, on which most of friends ask…“what free time?”

One Reply to “Dead Faint Review”